What an exciting time we had at WAFA Barbados – Flowers In Paradise.

The Australian contingent was:-

Judith Little – 2nd in Class 6 A Cut Above; Commended in Class 10 Earth Tones

The AFAA sponsored prize for Best Use of Foliage went to Jackie Ferdinand from Barbados for her design in Class 3 Rhythm. Jackie was thrilled with the silver tray and plans to show it with great pride in her home. Here is a short interview where she discusses with Kim Baillie how she planned the design from the time the Show Schedule was released 12 months earlier. 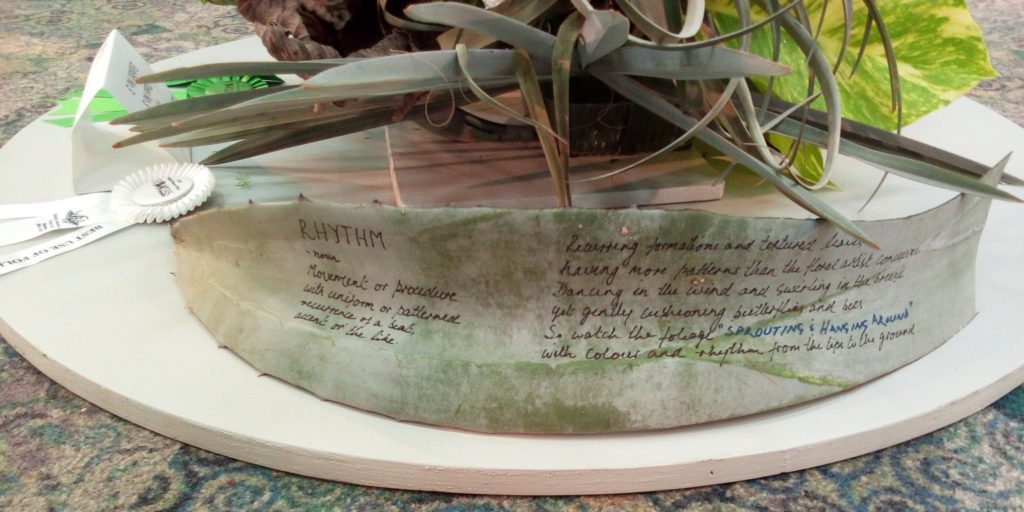 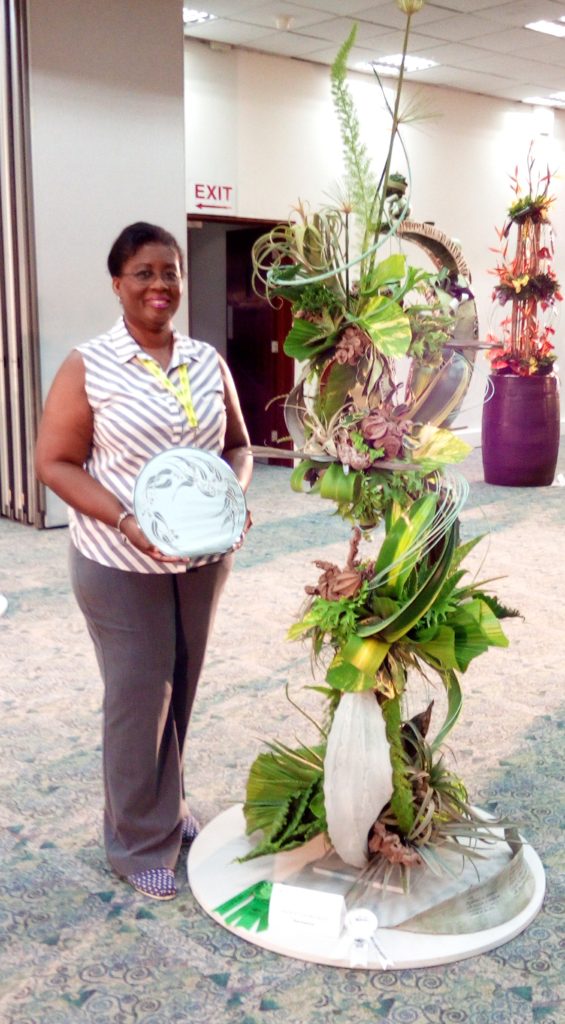